Senior Bassingbourn Village College sports stars were amongst those honoured at the annual Roy Burrell Awards – with diving champion Ben Cutmore picking up the prestigious Sportsman of the Year title.

The event is held annually at The Netherhall School to recognise sporting excellence across schools in Cambridgeshire and this year saw Helen Richardson Walsh, England Hockey player and gold medal winner at the Olympics, hand out the awards.

Seven year 11 students from Bassingbourn were awarded medals for competing at a high level in their chosen sport:

Teachers Dan Beck and Helen Guilder accompanied the students to the event.  Ms Guilder, joint head of PE, said: “This is another amazing achievement for Ben.  We are so proud of them all.

“Ben is a superb student.  Despite his diving commitments, he keeps on top of his work load and school work and is an extremely level headed and conscientious student.  Ben’s achievements in diving are amazing and I believe he is the biggest talent we have had at Bassingbourn.

“I am sure that with his commitment and focus, we will see him competing at the Olympics in the not too distant future.”

16-year-old Ben began diving at the age of 7 as part of the national Learn to Dive programme and by 10 was the British National Age Group champion and the youngest member of the Junior GB squad.  He became British Junior Elite Champion in 2016 and, following that, has gained scores of national and international titles.

Ben now trains several times a week at the Aquatics centre in London and is part of the World Class Programme for Great Britain and aiming for Commonwealth and Olympic Games in future years. 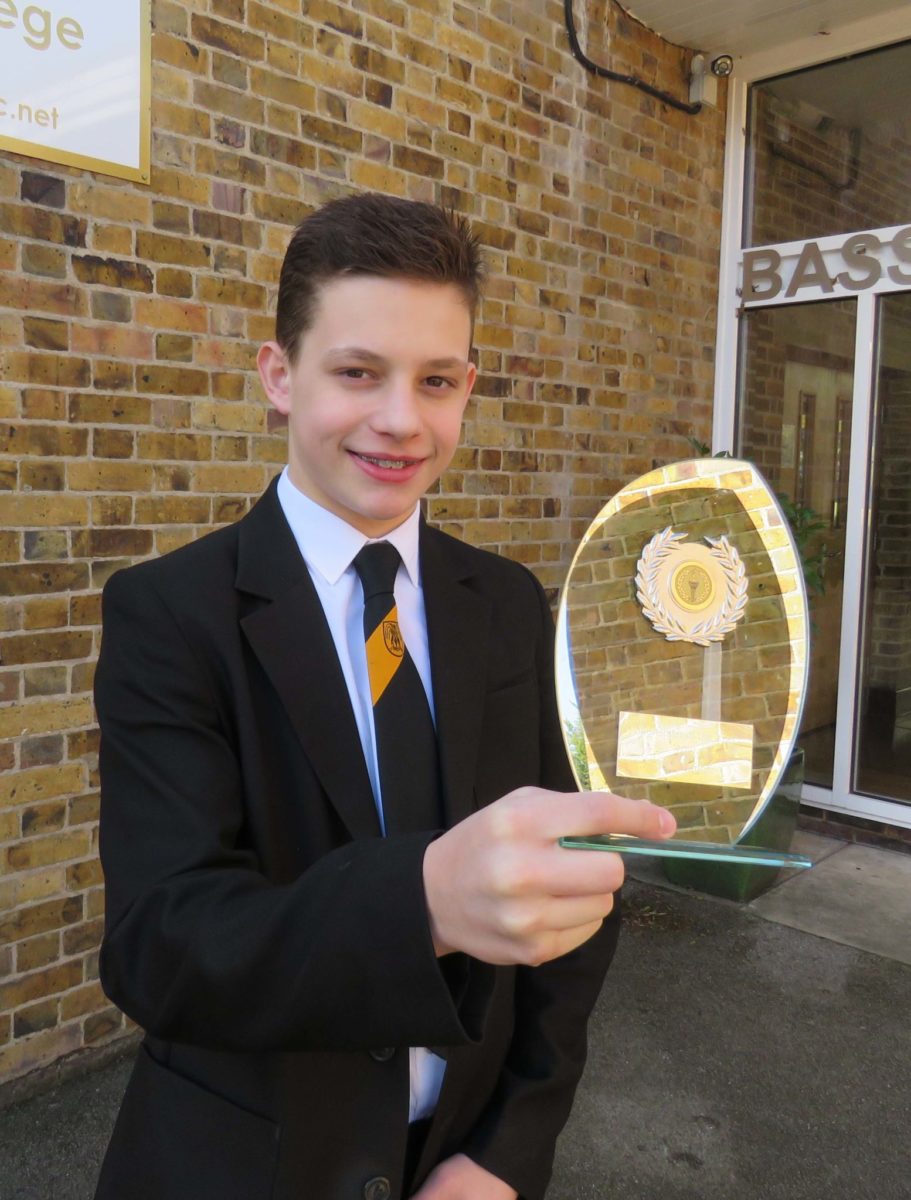