Forest of Imagination at Stapleford

Forest of Imagination at Stapleford

With a focus on learning to learn, encouraging curiosity has been a key feature this term.

We were delighted to welcome artists Sally Todd and Caroline Wendling to Stapleford Community Primary School.  They worked with our Year 6 pupils on a project called ‘Forest of Imagination’, as part of a Cambridge Curiosity and Imagination Project.

The day started with the children learning about mycorrhizal fungi and plant samples invisible to the naked eye.  Finley said, “The scientists put dye on it and magnified it 60 times so we could see it.”

Once outdoors the artists worked with the children to sketch the trees in the moat and playground.  Finley explained, “The tip was to look more at the trees than the canvas.”

Once in the moat, they looked at the trees, and selected one that ‘spoke to them’.  With oil pastels and graphite, the children made as many colours as they could.  The class were engrossed in a range of activities using a selection of materials from dye, wax, pastels and water.

The afternoon ended with an exhibition of their work, and Sally and Caroline were impressed that so many parents were able to visit to see the work.  Our thanks go to CCI, it was a treat to spend the day working with Sally and Caroline. 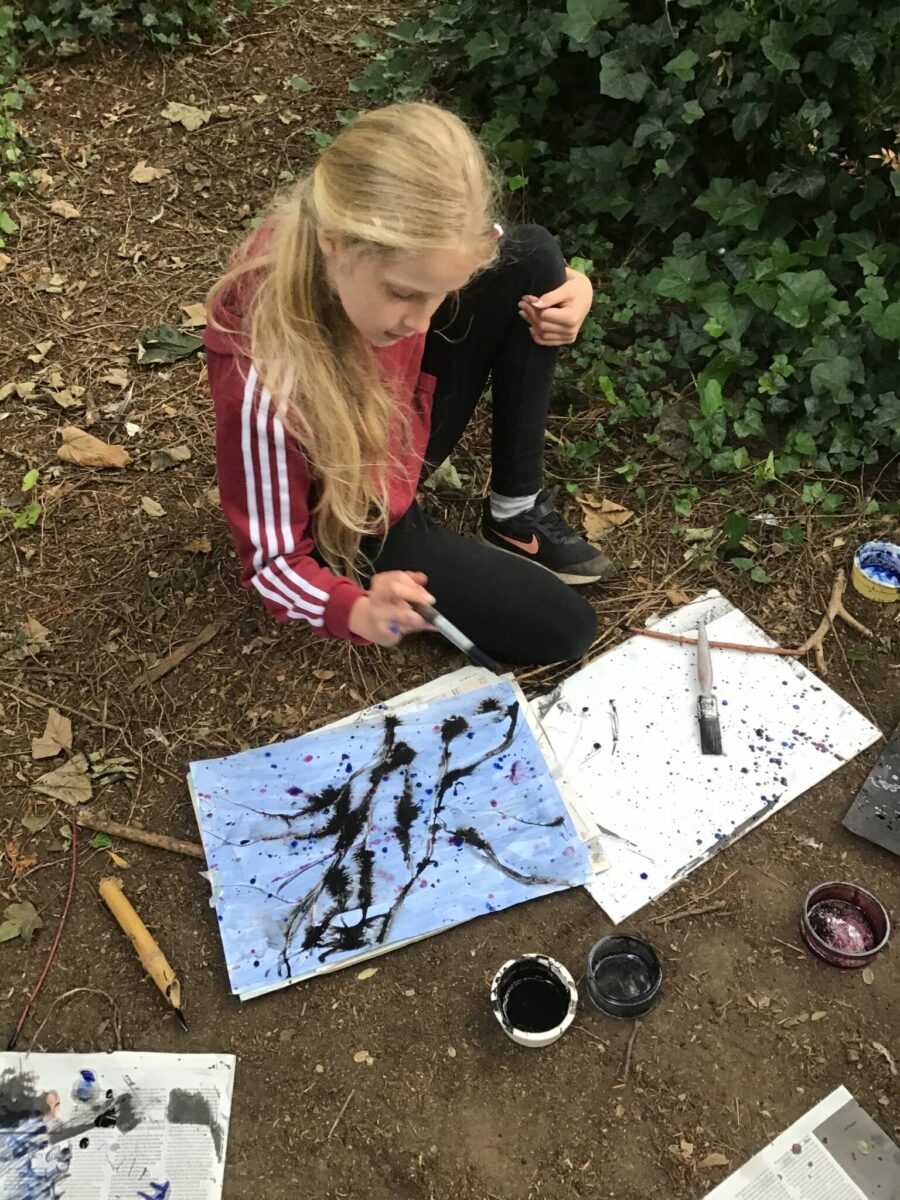 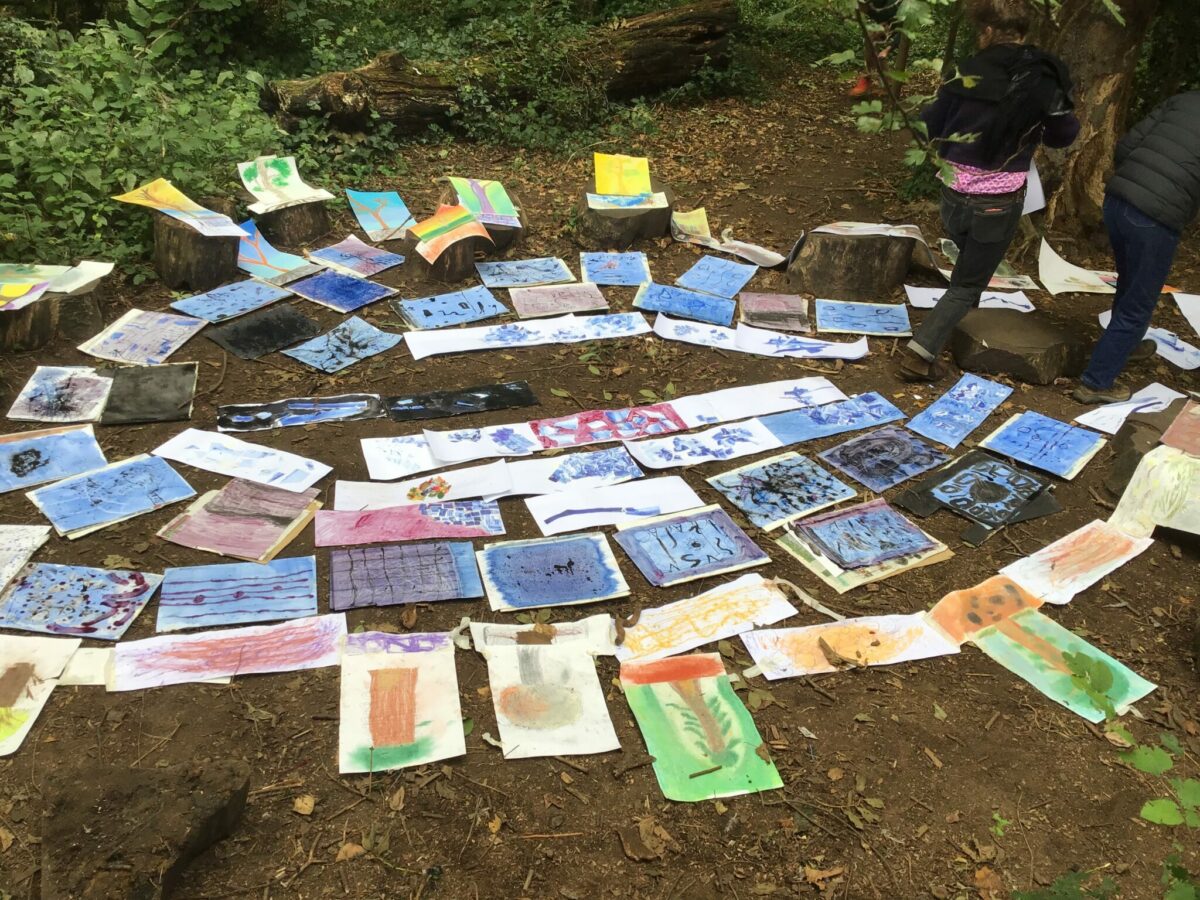 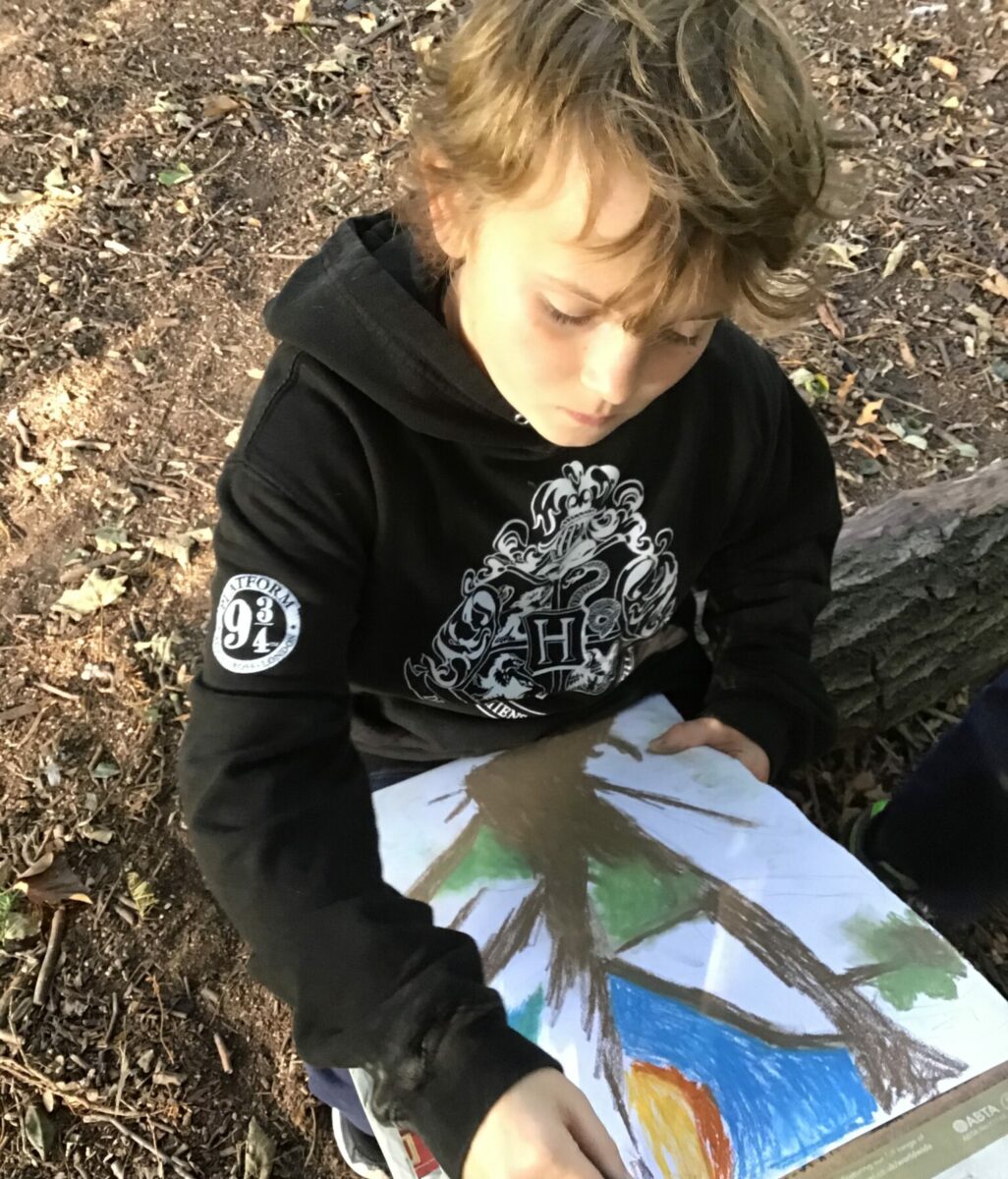