What is the point of Pride?

What is the point of Pride?

Every June, as Pride month comes around, the question ‘Why do we celebrate LGBTQ+ Pride?’ tends to come up.  If we have gay Pride, why isn’t there a straight Pride?  The rights of LGBTQ+ people are protected in law; gay people can get married; transgender people can access NHS treatment to help them transition – what more do they want?

And these views are understandable.  Being gay in 2022 feels very different – and a lot safer – than it did for those of us at school in the 1980s and 1990s.  Happily, in the UK in 2022, in many social, educational and work contexts, coming out as gay is as unremarkable as announcing that you’re vegetarian.

And then a few weeks ago, a headline appeared in the Sun stating that a male Championship footballer was planning to announce that he was gay, followed a week later by the confirmation that 17 year-old Blackpool player Jake Daniels had come out.  It shouldn’t have been a big deal.  Coming out doesn’t carry the same weight as it did thirty or even just ten years ago, in an era when increasing numbers of celebrities are openly LGBTQ+.  And in any case, Daniels’ private life should have nothing whatsoever to do with his performance on the football pitch.

Except that in the world of men’s football, it is a big deal.

Jake Daniels is the first men’s professional top-flight football player in the UK to come out as gay since Justin Fashanu came out in 1990 – a shocking 32 years ago.  That 32-year gap, together with the fact that the number of male top-flight football players in the world who are openly gay can probably be counted on the fingers of one hand, shows why we still need LGBTQ+ Pride.

Why is it so difficult for male footballers to be open about being gay?  This is an important question to ask because this is a problem specifically within the men’s game – not for football in general.  There have been prominent lesbian players and managers in the women’s game for decades, including Lily Parr, Hope Powell and Kelly Smith.  And from the grassroots level up, all-female football teams have often provided the first safe, friendly spaces for young women starting to explore their sexuality and seeking freedom from oppressive gender stereotypes.  Over the years, many women have been more comfortable coming out as gay within their football communities than within their other social groups and families.

But a history of homophobia plagues the men’s game, often sitting alongside a culture of racism and sexism.  Indeed, many commentators writing about the lack of openly gay male football players over the last few weeks have made comparisons with the racism directed at a significant number of players, brought so shockingly into the public eye after England’s performance in the final of the European Cup in summer 2021.  Sexist, racist and homophobic attitudes sadly have deep roots in the men’s game, and nowadays social media provides a platform and an amplification for people who can hide behind the cloak of anonymity.  Men’s football promotes a tribal culture, in which some fans will target any perceived weakness in taunting opposition players, as anyone who has attended a live game will have witnessed.  Add to that the huge sums of money at stake in the men’s game, and the fear players may have that coming out as gay might affect their earning power, and it’s not difficult to see why there’s such a dearth of openly gay male footballers.

So what can the men’s game learn from women’s football?

Former England defender Anita Asante makes a really interesting point about masculinity in an article recently published in the Guardian.  She writes, ‘Throughout my whole playing career, I have never experienced homophobia from teammates or coaches. I’ve played in several different countries and clubs and my experiences have largely been positive.  The only time I have experienced anything like that is largely from complete strangers on social media.  It speaks to the culture we have created in the women’s game to accept everyone regardless of background and that is the part we celebrate.  That’s part of the game we are very proud of and that’s really what it is about.  Toxic masculinity, rather than homophobia, in the men’s game stops so many young people feeling free enough to come out.  It is the whole idea, as Jake referenced, that if you are gay you are weak, you are not man enough, you are not tough enough. That concept restrains and restricts young men from being out.  It is used to weaponise and create that “othering” of people who are part of the LGBT+ community, whereas in the women’s game we are not dealing with that.’

In this climate it’s understandable, then, that being the first openly gay professional male football player for 32 years risks making that person the target for a massive amount of attention – both positive and negative – and it takes huge courage to be the first to take that step.  All credit, then, to Jake Daniels for having that courage, even at the young age of 17.

Later in her Guardian article, Asante makes a powerful case for the positive impact of coming out:

‘To have so many female players in the game share their personal stories with such courage and in a way that shows them standing tall, that they are proud to tell their personal love stories and who they are, it inspires so many young women around them, including myself.  I feel I belong in this space.  I have like-minded people around me who think we all have a right to the game.  We all have the right to be who we are.  Seeing people like Megan Rapinoe, Magda Eriksson, Pernille Harder – these girls are going to consistently inspire the next generation of women to do whatever they want to do and be whoever they are.  Hopefully Jake can be that figure among men.’

This is why Pride month is still needed, and why it benefits all of us, not just those who are members of the LGBTQ+ community.  This Pride, let’s focus on the positive impact made by Jake Daniels, and by everyone who has the courage to be themselves, especially in contexts where this is still challenging.  Every Jake Daniels helps to make life a little bit easier, not just for other gay men in football, but for everyone trying to break down stereotypes around gender and sexuality.  Surely our schools should be a great place to nurture that sort of confidence and pride, and Pride month is a great time to start.

At The Netherhall School, their Rainbow Kite club offers a supportive space for students to be themselves, to develop their self-confidence, to learn how to be good allies to others, and to be inspired by LGBTQ+ role models.

But here are some practical things that we can all consider doing this Pride month: 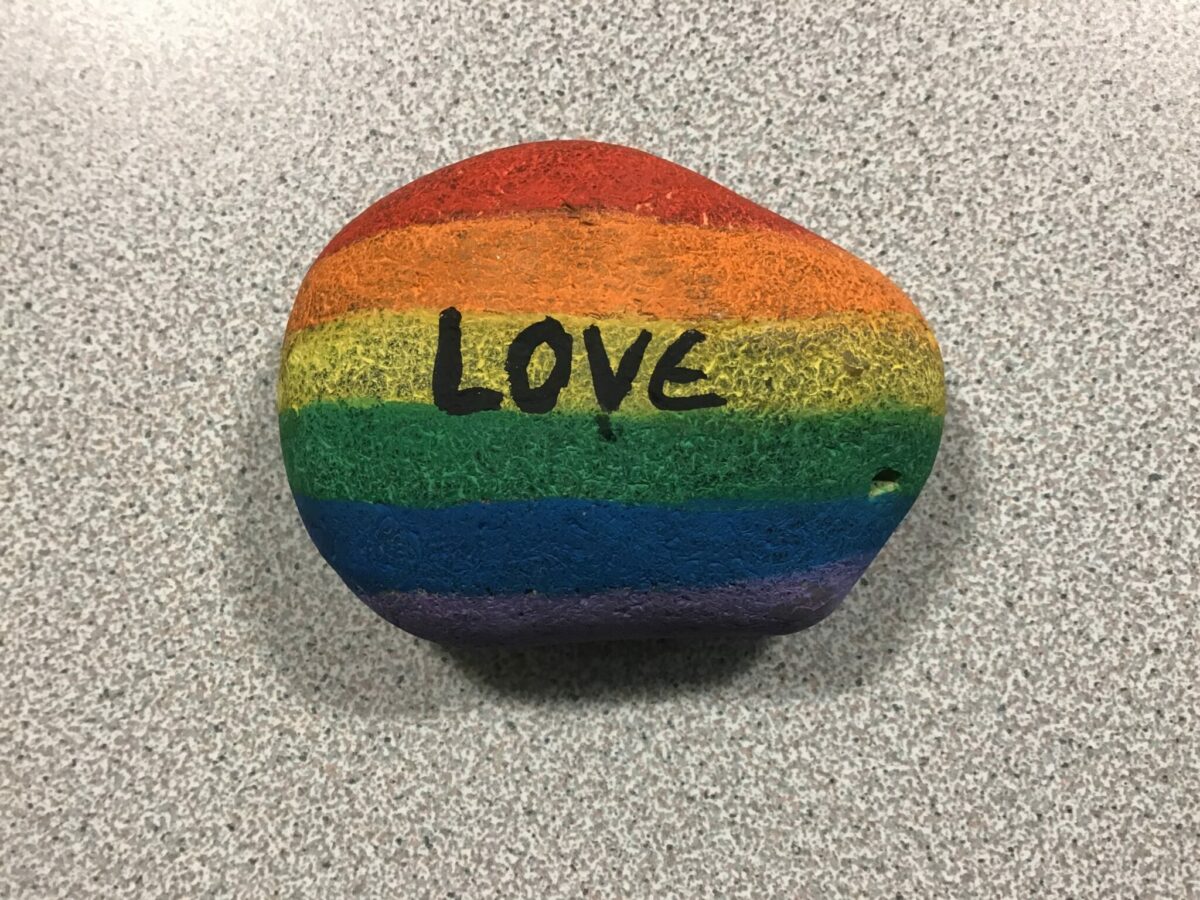