Governors, staff and pupils at Stapleford Community Primary School have said farewell to their long-serving Headteacher, Christine Spain and thanked her for her seven years of dedicated service to the school.

Christine qualified with a Batchelor of Education (Hons) in 1988 having studied at Bath.  She began her teaching career that year in a two form entry primary school in North Weald, Essex.  Christine has taught in a range of schools across Cambridgeshire, Essex, and Hertfordshire.

Christine has recently seen her school through another ‘Good’ report from Ofsted, following suit from their last visit in 2013.  As Headteacher, Christine’s focus for her pupils has included delivering the best outcomes for all pupils, ensuring that pupils are confident and resilient learners so they can embark on whatever career choice they desire.  Christine is a founding member of the Chartered College of Teaching and she is as enthusiastic and passionate about teaching now as she was in the 80’s.

Christine Spain, Headteacher said: “I realised my dream to become a teacher, and it has been a real privilege to work with children for the past 35 year. I have loved seeing them learn and develop into such amazing young people. I can recall collecting my first class from the playground with their expectant faces looking at me on my first day! I have worked with some amazing colleagues who have supported me, encouraged me and allowed me to continue to flourish. Working at Stapleford has been amazing. The whole school community have invested so brilliantly in the school to make it the success it is. It has been a privilege too, to work with the brilliant Prue Rayner and my colleagues at Anglian Learning.”

During her time as Headteacher, Christine has overseen the school taking over management of the breakfast/ after school club, the successful opening of a brand new Nursery (all be it 6 weeks before lockdown) and working on numerous projects with the PTA who have helped create such a well-resourced school.

Jonathan Culpin, CEO of Anglian Learning said: “On behalf of all at Anglian Learning, I thank Christine for her leadership of Stapleford Community Primary School and over many years her service of education in Cambridgeshire and Essex.  It has been a pleasure to work with and support Christine as she has inspired both staff and pupils and established a school where pupils are proud to learn and are empowered through the many opportunities available to them.”

Anglian Learning have appointed Mrs Laura Rawlings to the position of Headteacher at Stapleford Community Primary School with effect from the beginning of the Spring Term in January.   Mrs Rawlings is currently the Head of primary and Deputy Headteacher in an all through academy. 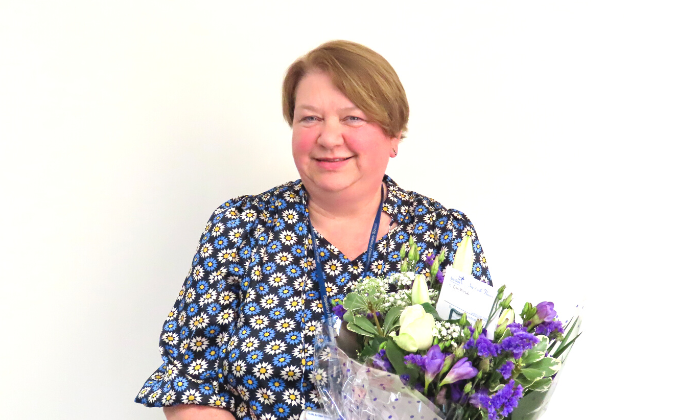