Star of the Year!

Star of the Year!

Oakes College Cambridge are celebrating the wonderful news that Jennie Jamieson, Student President,  won the award of ‘Pupil of the Year’ at the Cambridge News 2019 Community and Education Awards.  This award was in recognition of Jennie’s amazing contributions to the College.   Jennie attended the ceremony held at Wolfson College with her parents, Chris Tooley, Principal; Karim Marsaoui, Head of Oakes College Cambridge; Julie Hills, Teaching Assistant; and Gary Crick, SENCO.

However, there was more excitement to follow when for the final, and most prestigious award of the evening – ‘Star of the Year’, it was announced that Jennie had won.  Jennie had to be encouraged to receive her award as she was so taken aback at having already won the first award.

Chris Tooley, Principal commented “This is a truly wonderful award for Jennie and also for many staff at the College and The Netherhall school who have supported her on her journey, helped her through some difficult times and turned her into the wonderful young person she now is.”

Jennie’s proud parents also paid their heartfelt thanks to the whole staff group.

This is the second year running that a pupil from an Anglian Learning school has won the award of ‘Pupil of the Year’.  See last year’s winner, Iain Lynn from Bassingbourn Village College, further details can be found here. 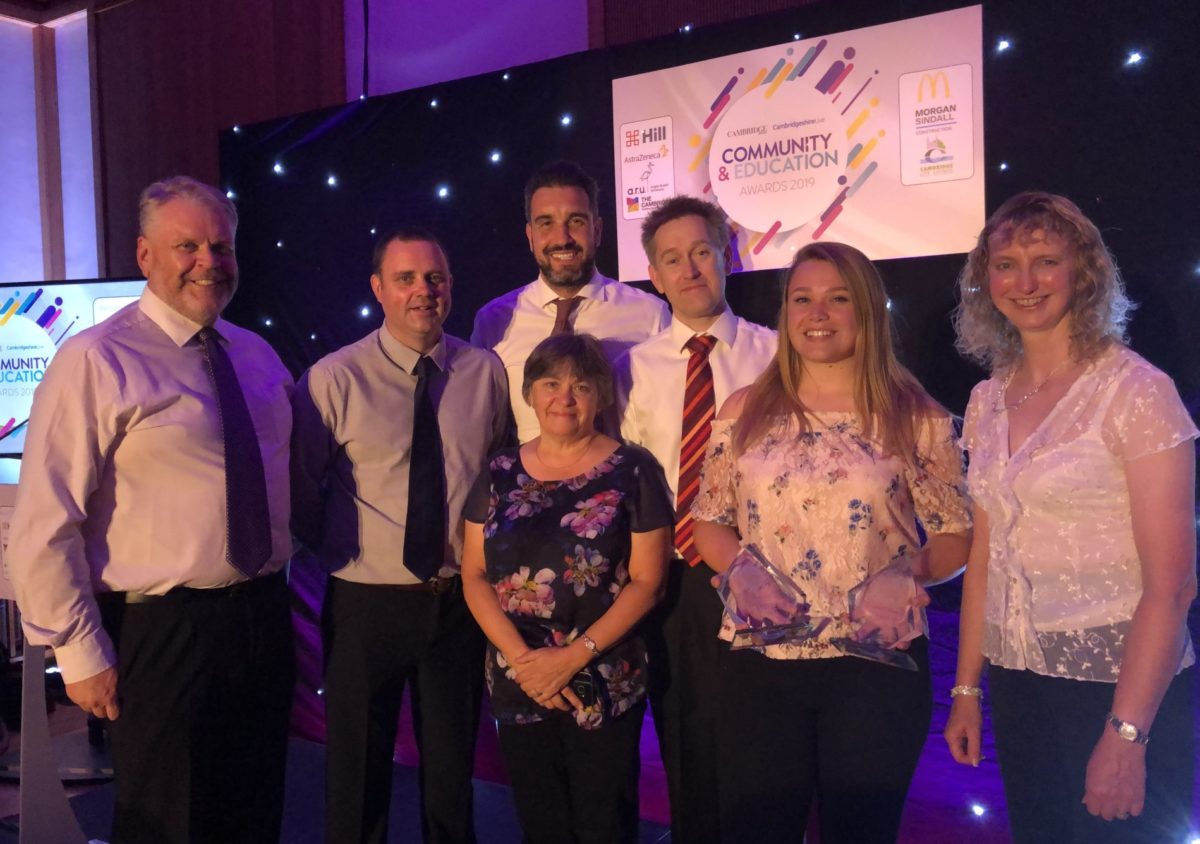