Sawston Village College pupil filmmakers were delighted to take part in the Foster Film Video Challenge run by Cambridgeshire County Council recently to make a film highlighting the need for more foster carers locally.  Pupils made two films, one of which was then chosen to launch a new campaign to promote fostering which was featured on BBC Look East.  The pupils involved in the project also appeared in the BBC Look East feature and will shortly visit the Look East studios for a tour and to see the programme go out live.  Five pupils in Years 8-10 were involved in making the film, which also featured original music by another Year 10 pupil.

Wendi Ogle-Welbourn, Executive Director: People and Communities for both Cambridgeshire and Peterborough Councils, said “Thank you for the support Sawston Village College has given its pupils to engage in the foster carer recruitment film programme.

“We really appreciate the school’s and pupils’ efforts and support.  We desperately need homes for our children in care, and I am sure the work of the school will make a big difference.”

Photographs show the Sawston Village College pupils (Years 8 to 10) who participated in the making of the film; Paper heart made within the film 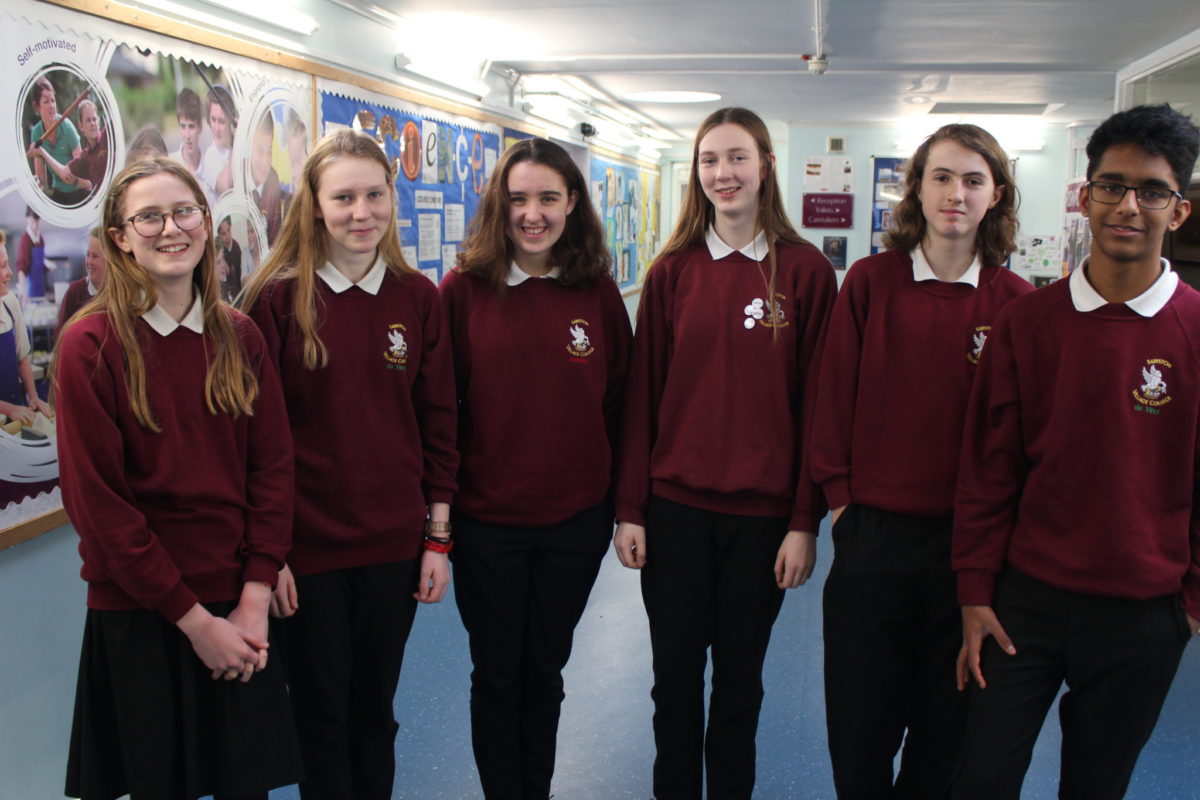