A new sculpture created by Neil Jones artist, and sculptor has recently been fitted at Stapleford Community Primary School.  Neil’s father, Steve Jones who is also an artist, helped with the logistics.  Both Neil and Steve used to live in Stapleford, and Neil attended the primary school in the late 70’s and early 80’s.  Based on the school’s logo the sculpture is of a windmill.

The sculpture is made of steel and was galvanised by Welch’s in Haverhill.  The sculpture has been hung on the external hall wall and is clearly visible from the front of the school and makes an impressive feature.

Christine Spain, Headteacher said: “We are grateful to our PTA who provided the money to make this possible, and to artist and alumni Neil Jones for creating such a fabulous sculpture.

“Some of our Y1 pupils were inspired to make their own windmills themselves.”

Photographs of the windmill sculpture and an example of a pupil’s windmill. 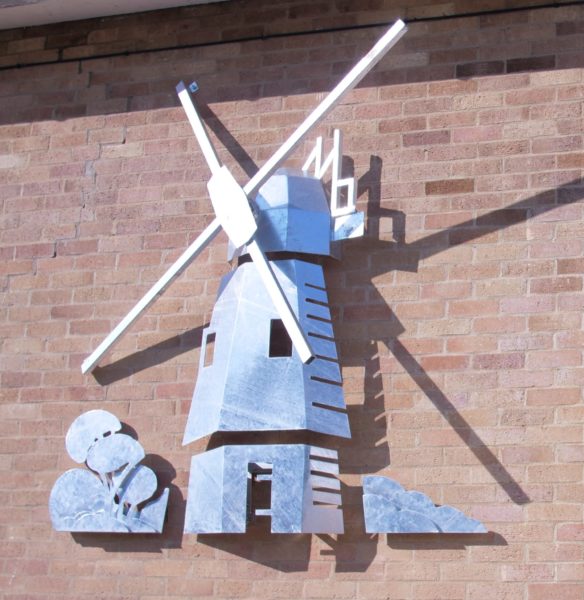 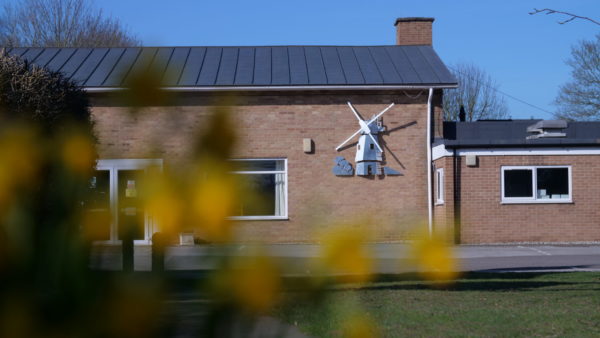 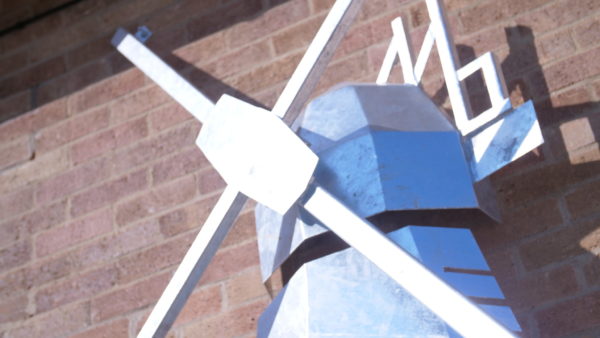 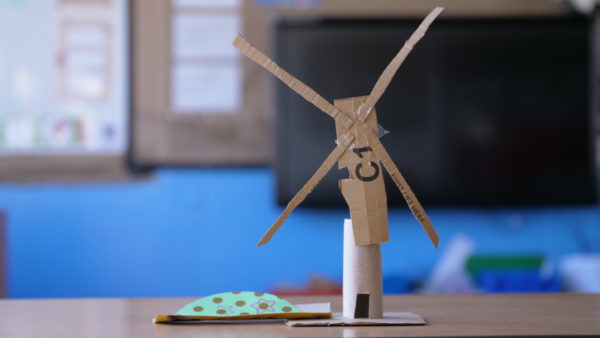 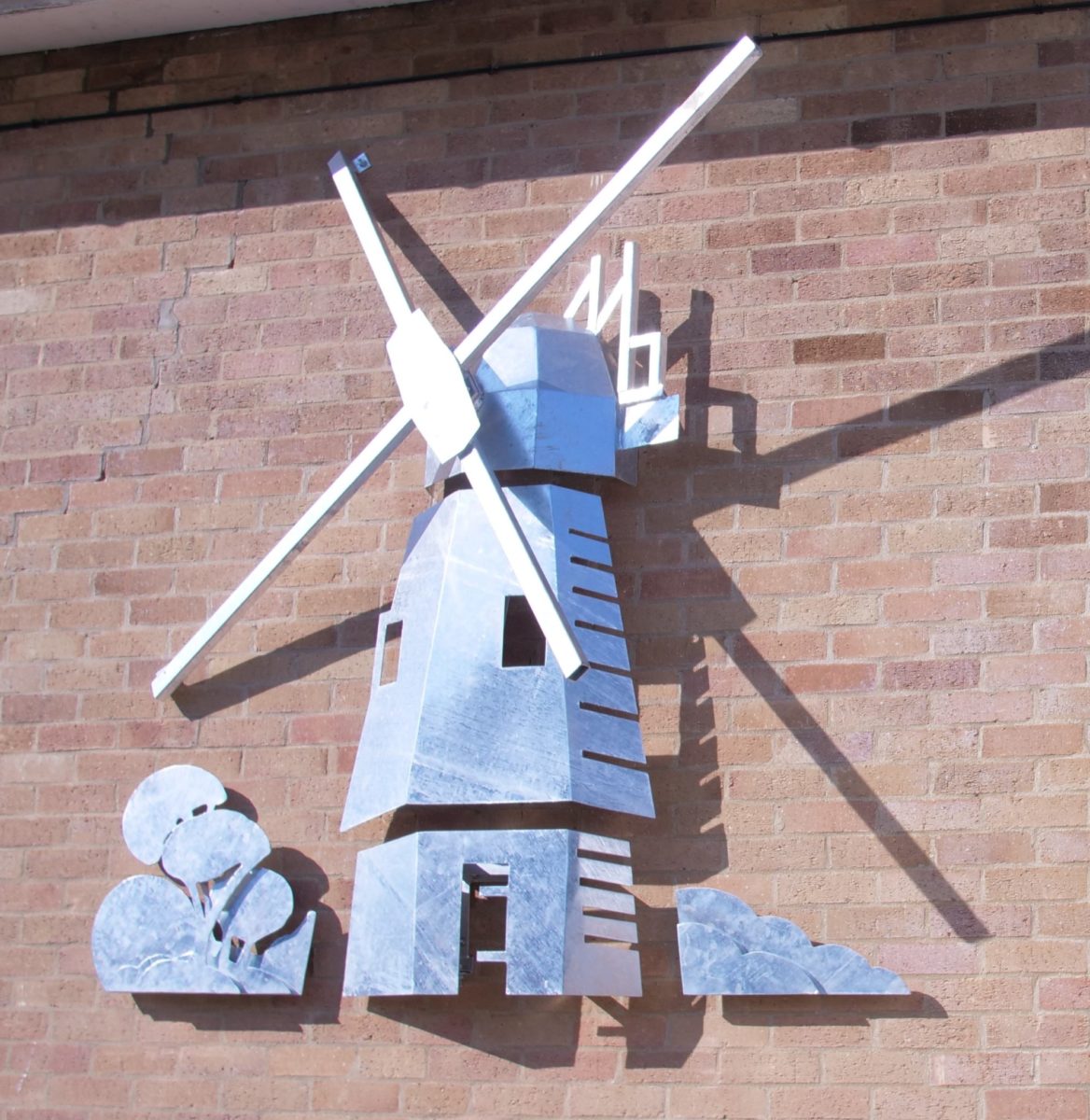